How do some birds manage to make epic migratory flights without stopping to refuel? Scientists are itching to find out, but need help from engineers to answer their questions. Imagine a small backpack, powered by wing beats, capable of measuring the metabolism of birds during flight. The Lab-on-a-Bird Project is an interdisciplinary effort to develop and miniaturize the technology to do just that. Cornell University biologists have teamed up with engineers to create an integrated system that can be mounted on a bird to track metabolism during flight. Join the research team as they develop this cutting-edge technology aimed at answering an age old question. 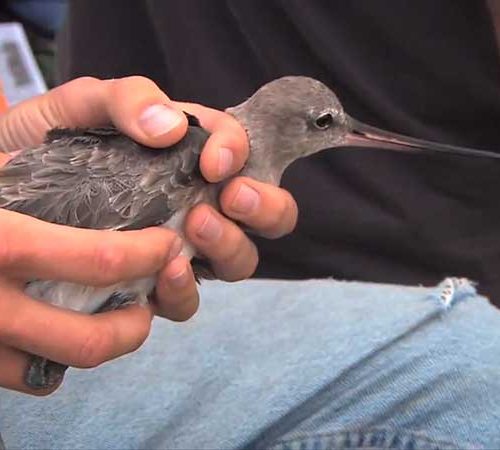