[AFRICAN GREY PARROT: Species in Decline] The African Grey Parrot. A highly social bird prized for its intelligence. It’s one of the most sought-after species in the bird trade. But the rate and volume of extraction from wild populations over recent decades is pushing the species towards extinction. In June of 2012 the African Grey parrot was categorized as vulnerable on the IUCN Red list on the basis that “…the extent of the annual harvest for international trade, in combination with the rate of ongoing habitat loss, means it is now suspected to be undergoing rapid declines over three generations.” The Grey Parrot’s range once stretched across Africa’s equatorial region. Today, it’s classified as extremely rare or locally extinct in Several range States: Guinea and Guinea Bissau, Togo and Benin, and Rwanda, Burundi, Tanzania, and Kenya. The degree of decline is most evident in Ghana. — [Dr. Nathaniel Annorbah, Conservation Biologist] The dramatic population declines we’ve seen in the gray parrot in Ghana seems to have occurred over a relatively short period of time probably in the last 20 to 25 years, It has declined by about 90 to 99 percent. The case of the African Grey Parrot in Ghana is not a unique one because other survey is done in neighboring countries like Cote d’Ivoire, Liberia, and Nigeria in other places indicate that the populations have declined similarly to, to that of Ghana. — [Narrator] In States where healthy populations still exist the relentless harvesting of birds continues to serve international demand through legal and illegal trade. Across the range, trappers capture wild parrots and transport them to major cities for export. Each line here indicates a commercial shipment for international buyers and suppliers. Data collected over the past 40 years reveals a vast system of trade reaching all over the world. Since 1975 1.3 million African Grey parrots have been legally exported. But these records do not account for birds dying during transport. With estimates of pre-export mortality ranging between 30 and 60 percent and as high as 90 percent, the actual number of parrots removed from the wild is significantly higher than that reported through trade. Conservative mortality estimates bring the total supply of birds for just the legal trade to 2.1 to 2.5 million. The illicit transport of birds adds further to those numbers. — [Prof. Lee White CBE, Director, Gabonese National Parks Agency] Even countries like Gabon which has got intact forests the poaching pressure is rising. What we see is, as other countries have depleted their parrot stocks, more and more poachers are coming into places like Gabon where our forest is still protected and so over the last four or five years we’ve seen a major increase in parrot poaching. — [Narrator] Illegal trade of African Greys is so widespread and so well organized that attempts to address it have failed. Although many member states adhere to export quotas the criminal network of traders regularly circumvents oversight and frequently exploits authorized trade to mask illegal shipments. — [Annorbah] The illegal trade in African Gray Parrots involves organized crime. It does not just start with, you know, local people trapped in from the world, but, this involves international partners on the other end of the trade. The system is sometimes taken advantage of by corrupt officials and this involves the use of forged documentation and so on or sometimes even exporting wild-caught birds under the pretext of being captive individuals and this is illegal… but passes for legal trade. — [Narrator] As of 2016 unsustainable harvesting, illicit trade, widespread deforestation, and failure to enforce management plans, have set the African Grey parrot on the course of another species. The Carolina Parakeet once numbered in the millions ranging across nearly two-thirds of the United States but in less than 50 years unrelenting human interest to remove the species from the wild, exhausted what had seemed to be a limitless population. — [White] Sadly the big parrot roosts are gradually becoming a thing of the past. The big flocks of parrots are gradually disappearing, and if we’re not careful the African Grey parrot will just gradually dwindle into history. — [Narrator] If the African Grey Parrot is to remain a living symbol of equatorial Africa and if wild populations are to thrive, it is imperative that effective regulations be implemented with international support. Existing data and observations by local authorities indicate that the species is declining at a rate that outstrips their reproductive capacity to replenish future generations. Which could ultimately herald an irreversible collapse of wild populations.

The African Grey Parrot – a highly intelligent bird that is popular as a pet – has been eliminated from much of its west African range and the largest populations are now only found in central Africa. In the fall of 2016, delegates from around the globe will meet for the world’s leading forum to debate and discuss issues related to international wildlife trade – the 17th meeting of the Conference of the Parties (CoP17) to the Convention on International Trade in Endangered Species of Wild Fauna and Flora, or CITES. Parties will consider a proposal to transfer the African Grey Parrot (Psittacus erithacus) from Appendix II to Appendix I, effectively banning international commercial trade in the species. 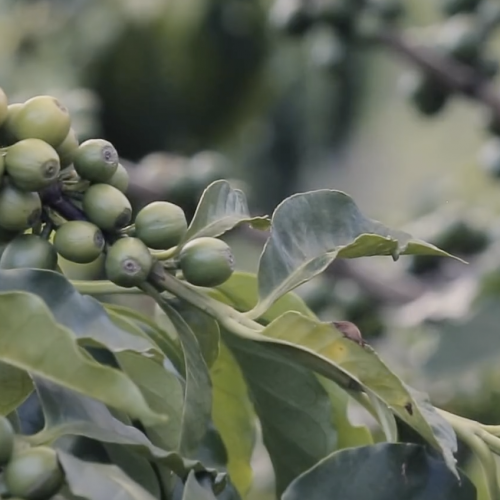