[Mallard- Head-Pumping] [A male and a female mallard float in water,  rhythmically bobbing their heads.] [Mallard- Head-Up- Tail-Up] [A male mallard pulls his wings up and tail up, then swims away with his neck outstretched and low over the water. Another male mallard swims by. Then four male mallards put their heads and tails up at the same time, in front of several female mallards.] [King Eider- Pushing, Reaching] [A male king eider preens while floating on water. He then places his bill tip close to the water with his chin tucked toward his breast and thrusts his head forward. He repeats this several times as he swims along, nearing a female. Another male king eider becomes visible, also performing the display.] [Common Goldeneye – Head-Throw] [Several male common goldeneyes are in the water, along with a couple females. The males thrust their heads forward, then reach them backward with bills raised, finishing the movement by quickly bringing their heads forward again. One male flaps his wings.] [Common Goldeneye – Head-Throw-Kick] [Several male common goldeneyes are in the water, along with some females. One  quickly thrusts his head forward, reaches backward with bill raised, brings his head forward, and kicks with his legs. Others dive under the water.] [Red-breasted Merganser – Salute-Curtsy] [A male red-breasted merganser, near a female, flattens his crest, stretches his neck out straight, then drops his chest and neck into the water with his tail tucked under. Another male quickly swims up, trying to stop him. The first female dives underwater, but other males and females become visible, with many performing the salute-curtsy. Sometimes the males chase each other. Others dive underwater.] [Explore Macaulaylibrary.org]

See courting ducks in action. These displays are key mating behaviors to look for.
Mallard Head-Pumping: Males and females rhythmically bob their heads. This display is often repeated and followed by mating.
Mallard Head-Up-Tail-Up: With a loud whistle, the drake pulls his wings and tail up, shows off his purple-blue secondaries and compresses his body. This is a quick gesture, often given by males in a group to impress the female.
King Eider Pushing-Reaching: Male places the bill tip close to water with chin close to breast then thrusts head forward.
Common Goldeneye Head-Throw-Kick: Male thrusts his head forward, then lowers head backward with his bill pointed up and utters a single call. Afterward he thrusts his head quickly forward, sometimes kicking water with his feet.
Red-breasted Merganser Salute-Curtsy: Crest is quickly lowered and head dropped to just above water, then neck is stretched up forming a straight line; chest and neck then dropped into the water and tail is tucked under.

Waterfowl are all around us. Are you confident identifying them even when they’re on the other side of the pond? Get training in identifying waterfowl from all angles and benefit from strategies like noticing “where is the white?” to take your birding skills to the next level.
Learn More: Duck and Waterfowl Identification Course Feathers
Iridescence: and the Birds-of-Paradise 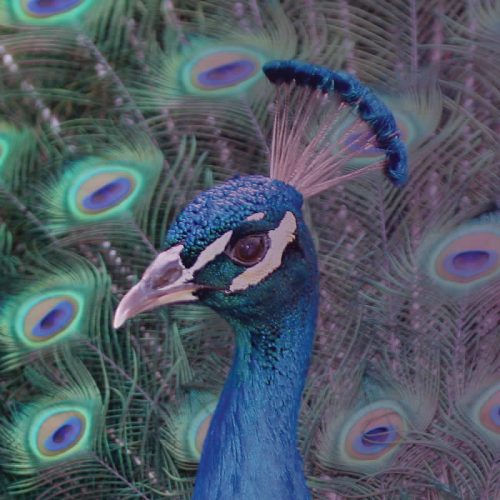 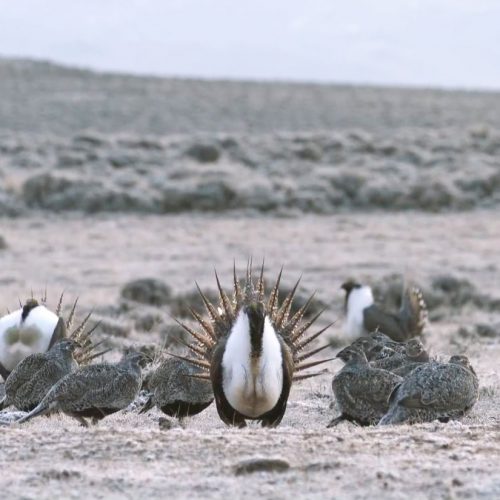 Behavior
On a Sage-Grouse Lek: The Busy Lek 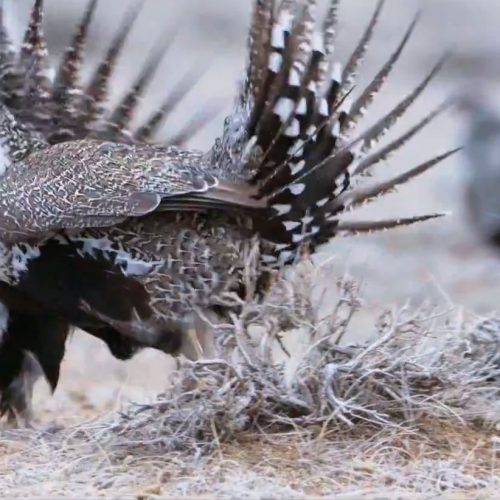 Behavior
On a Sage-Grouse Lek: It's My Turf