[Gentoo penguins walking in a line through the snow.] [Gentoo Penguins, Antarctic Peninsula] [Two gentoo penguins walk in the snow.] [Gentoos form small colonies on islands surrounding Antarctica] [A group of penguins stands on a rocky area near the water.] [Penguins calling] [Two penguin chicks stand near their parent. One flaps its wings and calls.] [Several penguins stand on rocks. One stands near a chick. Another has a rock in its beak and lays it near the chick.] [They use rocks, moss, and feathers to make their nests] [The penguin with the chick repositions the rocks with its beak, as the other penguin delivers more rocks.] [One penguin is with two chicks in a nest, while another penguin brings more rocks. Other penguins are in the background.] [Close-up of two penguin chicks begging.] [The Gentoo diet consists of krill, squid, and fish] [An adult penguin feeds its chick.] [Parents continue to feed chicks for up to 1.5 months after fledging] [Several nests with parents and chicks, and some penguins call.] [Penguins at water’s edge. Some swim, some walk into the water.] [Gentoos are remarkable divers known to reach depths as great as 159 meters] [Penguins walk up from the shore into snow.] [Penguin walks through snow with mountains in the background.]

Gentoo Penguin chicks hatch in structures that don’t look much like nests at all. Called scrapes because of their simple construction, the so-called nests of Gentoo Penguins are as elaborate as the Antarctic landscape allows. The breeding pair builds a small fortress of rocks and lines it with feathers and moss before laying eggs. The rocks that make up the nest are defended fiercely from colony neighbors during the breeding season. Noisy skirmishes break out when the ownership of particular stones is under dispute. Chicks are fed in the nest for about a month and then head off to sea. 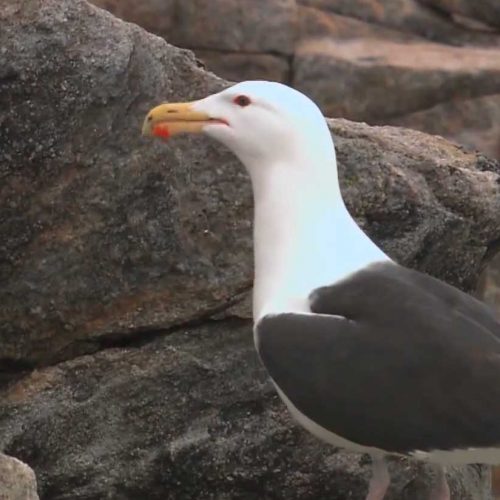 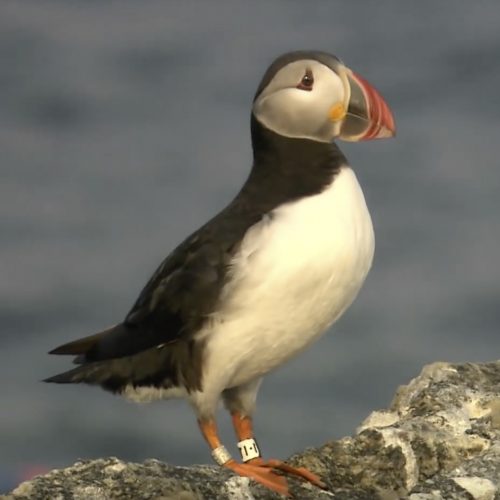 BehaviorNesting
Tern Colony: A Creche For The Young 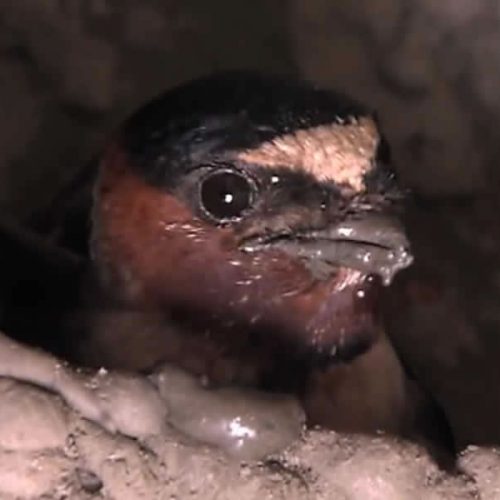