In 2010 I was part of a Cornell Lab team sent to visually document the impact of the Deepwater Horizon oil spill on birds. Through detailed observation, we found that the scope of oil contamination was greater than most of us knew. Tens of thousand of birds were oiled to some degree. They were not all oiled enough to be captured or counted, but many were certainly oiled enough to affect their health and survival. Nowhere was this more apparent to us than it was on a July visit to Raccoon Island. Raccoon Island is a small barrier island, one of the western most in the Mississippi Delta region and at the periphery of the area that was most heavily impacted by the oil spill. It’s home to one of the largest bird colonies in the Gulf of Mexico. Tens of thousands of birds – pelicans, skimmers, and terns nest there. At that time of the year young pelicans crowd the shoreline. Many have matured enough to wander away from the nest and spend a lot of time in the water – they bath in it, they drink it, and they make their first attempts at capturing food on their own by lunging into the surf with their open beak and wide pouch. As we looked through our camera we immediately saw that many of these birds were oiled. Hundreds, if not thousands of them had unknowingly entered the water when the oil came ashore. Some were oiled lightly in patches on their breasts, their necks, and around their heads and beaks. But many others were oiled extensively. Some stood on the beach, wings outstretched trying in vain to dry their saturated plumage. Beyond the beach we saw a patch of mangroves with a group of young pelicans glowing reddish in the afternoon sun. As we looked closer we realized they were all stained from head to toe. They were attempting to dry their plumage and had oil in their mouths from constant preening. Young terns and skimmers on the island were affected the same way. From the most mature juveniles waiting to be fed at the water’s edge, to the youngest of chicks. One of the lasting impressions from the visit was a single pelican that was in particularly bad shape. Most of the pelicans we saw had been recently oiled, but this one appeared to have been oiled earlier. It was emaciated and weak, probably starving and unable to regulate its temperature; I feared thousand of pelicans would soon look like this. Our experiences in the Gulf showed us the scope and the degree to which birds were impacted by the spill. Many more birds were affected than the numbers suggest. For the hundreds of thousands of birds that survived, it remains to be seen how their health and reproductive capacity will be affected. Only through close, sustained observation over time, will we begin to understand the true costs of the disaster. [Cinematography: Gerrit Vyn, Neil Rettig, Larry Arbanas; Still Photography: Gerrit Vyn]

The BP Deepwater Horizon oil spill in the Gulf of Mexico contaminated several large colonies of birds nesting on Louisiana’s barrier islands. The photographic evidence gathered suggests that many more birds than first thought had been oiled and may have trouble recovering. Conservation
What Oil Spills do to Birds 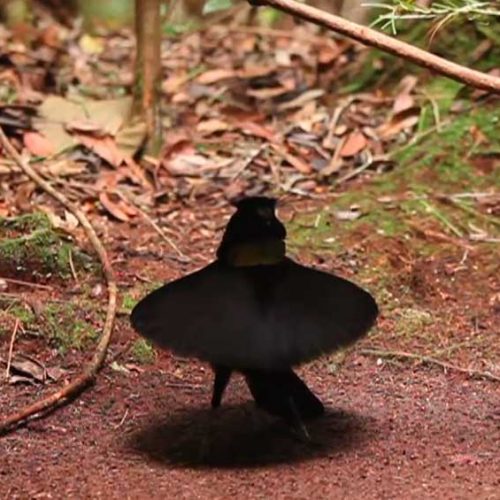