[Taza Schaming, Part 3: Plans and Dreams] [How did you get started?] I first met a research scientist who’s also an adventurer when I was in high school. He came with one of those career days and gave a presentation about his research, and I realized how exciting it was he got to spend his time scuba diving in Antarctica, and told him that’s what I wanted to do or something like that, and he invited me into his, into his lab and put me to work for a few weeks so I could see what he was doing. While an undergrad I had several different jobs studying salamanders, working in labs with flies. Basically pestering professors by knocking on doors and telling them I wanted to learn as much as I can and I wanted to work in science, and they gave me jobs. [If you could do anything, what would you do?] Honestly, in some ways I’m kind of shocking myself every time I think this, or realize this, but I am doing exactly what I want to be doing with my life right now. I actually finished my undergraduate degree in 2001 and I took six years off before coming back to grad school, and during that time I traveled a lot, I spent time doing things like snowboarding. I worked multiple different internships, had some great jobs, worked a little bit at a real job. I shouldn’t say that, in the for, in the for-profit world, and then I came back to school because I realized I needed to do something else to make myself really happy, and I am doing exactly what I want to do, I’m living where I want to be living, I’m thinking about the things I want to think about, I’m, I’m spending my days doing the things I want to spend my days doing. [What kind of careers exist for scientists?] There are so many kinds of careers that you can get into doing this kind of work. You can go in academia, you can work for a non-profit, you could work for the government. There’s lots of positions doing monitoring work, developing protocols, actually out in the field doing research. Some of them bring you into the lab. There’s also jobs doing public policy in Washington, you can go in so many different directions. [Where do you see yourself going?] Right now, I’m in school for another few years and then I see myself staying in academia at least for a while. I am honestly developing this project as a lifetime project. I expect to be continuing this kind of work for a long time, and I really hope to specifically continue working in this habitat. I want to work up in the subalpine, high alpine ecosystems looking at biodiversity and how it’s changing as a result of global climate change. [If you were a student, how would you get involved?] If I was a high school student and I really wanted to get involved with this kind of work or thought I might want to get involved I would do a couple of things. I would definitely volunteer. I would find people doing this kind of work wherever you are. I would call grad students or professors or non-profit people or whoever does this kind of work and call up, or email them and say that you really want to volunteer, and then go out get your hands dirty, and see if that’s what you really like doing. I’d also read as much as possible. If you’re really interested in the kinds of questions that I look at, or people who do this kind of research to look at, we read about those questions to see if you’re really interested or if you get bored by them. I’d also get involved in citizen science projects. You don’t necessarily have to go spend a whole day volunteering if you don’t have time, you can do things like eBird, or you can get involved in other other citizen science projects where you can contribute a little bit of data in your spare time and it makes a big difference. [Produced by the Cornell Lab of Ornithology and Hobart and William Smith Colleges through the Crossing Boundaries Project]

Taza Schaming, a Cornell graduate student, discusses her early inspiration for becoming a field biologist—meeting an Antarctic scuba diver at a career fair. She also shares her plans for continuing research on the ecological effects of climate change on alpine habitats for years to come. Her ultimate goal is to create conservation management actions that could help Clark’s Nutcrackers and other alpine species to survive in the midst of rapid environmental changes. 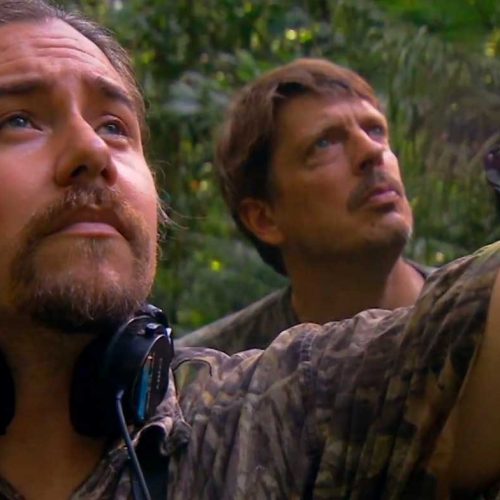