Throughout this chapter you will find references to songs and calls that will help you understand vocal behavior in birds. To get the most of out of this material, animate and listen to the associated sounds, listed here in the order they appear in the book.

Media library for all Handbook chapters

(C) Modern spectrograms often use color to represent sound intensity (the brighter the color, the higher the intensity).

Pure whistles in the song of the White‐throated Sparrow (Zonotrichia albicollis). Males sing whistled notes of distinct frequencies that are traditionally transcribed as “poor old sam peabody peabody peabody.” The individual triplet notes within each “pea‐bo‐dy” are easy to distinguish in the spectrogram, but more difficult to hear.

Woodpecker drumming differs by species. Many woodpeckers drum at a species‐specific rate that is easily discernible in spectrograms. Note the wide frequency range of the noisy sounds in the territorial drums of three different species:

(A) Downy Woodpeckers (Picoides pubescens) drum at a rate of about 15 drums per second.

(B) Hairy Woodpeckers (Picoides villosus) drum at a faster rate of 26 drums per second.

(C) Yellow‐bellied Sapsuckers (Sphyrapicus varius) have variable drumming rates, often slowing down at the end of a series of drums.

Dissecting the components of a Common Yellowthroat (Geothlypis trichas) song. In the spectrogram, repeated “witchy” phrases are easy to discern. Each phrase can be further divided into three notes, “witch‐i‐ty.” You can hear these features even more clearly by comparing the normal song to recordings that have been slowed to half and quarter speeds. Note that slowing the speed causes the pitch to drop.

Pacific Wren (Troglodytes pacificus) songs are remarkably complex. This spectrogram shows the diversity of elements in this tiny wren’s long and complicated song. Includes both regular and slowed (half and quarter) speeds, which reveal even more astounding detail. 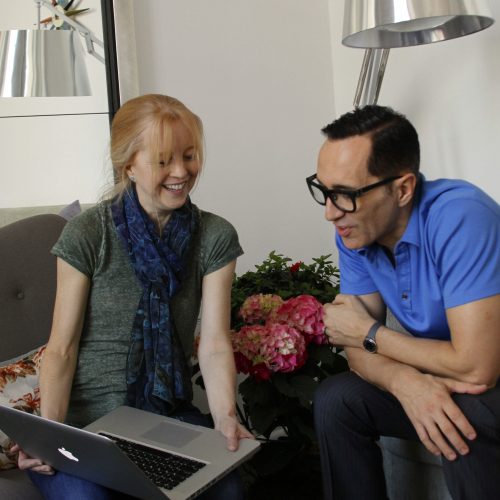